12 Most Popular Types of Infographic

Why are infographics so popular on the web? Are they just colourful ways of presenting facts and figures or is there more to it? See some of our favourites as we run down the 12 most popular types of infographics on the web.
Article by Simon Antony 01st April 2018 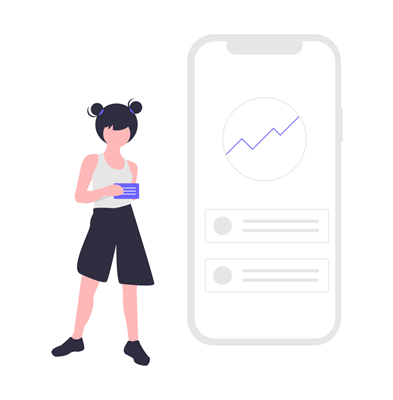 An infographic is always a welcome element in successful content marketing. It provides an interesting, clear and engaging way to present facts and figures that might otherwise appear dull. If you are considering including infographics as part of your content marketing strategy, here are the 12 most popular types of infographic currently in circulation.

WHY INFOGRAPHICS ARE POPULAR

The average person will not typically get excited at the thought of reviewing huge quantities of data (unless of course, this is the industry you are in!). For most typical web users, huge spreadsheets and tables of data will not capture the interest and attention to convey anything meaningful. As it grows, the web becomes increasingly visual and ever more content creators are finding innovative new ways of conveying some quite detailed information in a short space of time. We believe this is the key reason for the rise of the infographic on the modern web.

An infographic is a type of data visualisation designed to be both appealing to look at any easy to digest. Over the last ten years, many infographics have gone viral, establishing this as a well used and effective format for content marketers to use.

display information in an appealing and easily digestible way. Over the past decade, they have established themselves both as a popular marketing tool and internet phenomenon.

I could write an essay explaining why we find infographics so appealing. Indeed here is an infographic about the rise in popularity of infographics themselves we found particularly entertaining http://neomam.com/interactive/13reasons/

There are many different kinds of infographic in use at the time of writing. Perhaps it’s easiest to think of them as webified, entertaining extensions to more well established ‘data visualisation’ techniques such as graphs, pie charts and heatmaps. So here are what we consider to be the 13 main types:

This is basically a way of presenting a list of facts or data items surrounded by colourful images and pleasing visuals that help reinforce and  illustrate what is meant. This could take a few forms: a list of items, or perhaps a star diagram with different charts illustrating different aspects of a particular point.

If you have a topic that may span several subtopics, steps or many different types of facts to convey, this format could be perfect. We think of this as a more appealing blog post - more visually appealing than a block of text, but equally as informative. A very fitting way to demonstrate this idea could be to include an infographic about visual imagery

Visual articles can be used to explore and provide advice on a range of different subjects. For example, this article provides a guide to information overload.

Based on the same idea you have probably used for data visualisation elsewhere, some infographics use a very visually appealing Venn Diagram. This format is highly effective at displaying the differences and similarities between sets of data, showing the relationship between properties of that data, as well as distinct properties. One of the great benefits to this type of infographic, is that it can be easily spiced up using graphics without the need for very complex design software or tools.

The best thing abut this type of infographic is that you do not need fancy design software to create them.

Infographics maps are useful for comparing statistics based on location or region. Typically they are used to represent countries or regions within a particular country, measuring a particular property or set of properties which may differ by these regions.

One benefit here is the map can be of any scale that helps illustrate your point, it's possible to have a global map, but equally, it might be helpful to compare regions much closer to home, such as access to fibre optic broadband availability across the UK.

These infographics typically centre around an image, which is the central theme to information, stats and figures. They are usually educational in aim and can be a great way to spice up a set of facts which evolve around a central topic.

These are similar to the image infographic, often centred around a person rather than a general topic. This format can be easily used to outline specific personality traits that type of person might have.

One of the more common uses for this type of infographic is by companies who may (for instance) wish to visualise a particular type or demographic of customer. By outlining the desires and needs, they can more easily implement a customer-centric marketing strategy. Sometimes this type of infographic might contrast two or more personas to help highlight differences between them.

Flowcharts can be used to map out a process or set of steps which have decision based logic which influence outcome. Typically in this format, the reader is directed through a series of questions, following arrows based on their answers to those questions. These types of infographics can be used to help make difficult decisions and weigh up the pro's and con's of a particular course of action.

More importantly, they can also be used to visualise the logic behind the thought processes of iconic characters.

Lists are a great way to convey a set of features or properties relating to something. By adding a little visual spice, these can be quite entertaining and informative. Turning a list into an infographic makes it more stimulating than a bland list of text.

These infographics can also appear as step-by-step guides, probably best thought of as an 'ordered list'.

A timeline infographic is a great way to summarize a series of events in the space of a single visual. They are particularly useful if you wish to see how a concept has developed over a set period of time. For example, the following infographic explores the way in which marketing has progressed between 1450 and the modern day.

As with most other forms of media, infographics themselves are evolving. There are a growing number of animated infographics which offer a more eye-catching format than the static image.

Animated infographics often come in the form of videos. The video format allows you to incorporate both sound and motion into the infographic, meaning that it engages the ears in addition to the eyes. This allows for a more all-round captivating informative experience, as demonstrated by this video infographic which explores the history of the internet.

Another evolution of the static infographic image, is the interactive infographic. It's long been understood that a user's attention will be much more engaged by something they can be actively involved in. One of our favourites is the "evolution of the web" http://www.evolutionoftheweb.com

Considering all the potential formats of infographic we have discussed so far, it probably shouldn't come as a surprise that there are so many infographics out there on the Web. In fact, some corners may argue they have been overdone, and as a result, you will find a series of infographics about infographics themselves.

However, many are they are often parodic in nature.

These are our suggested 12 most common types of infographic. We have seen other ways of grouping and categorising this type of media which we suggest is neither right nor wrong, simply alternative ways of drawing distinctions between various types of infographic. Both the popularity and variety of these available today indicate just how influential they are on the web and how effective at communicating complex data in an engaging, more visually appealing manner.

Naturally, they are a great way to engage on social media where these types of media are most popular. It could be that infographics are a logical evolution of more standard data visualisation, optimised for the Web visitor who's attention span and time available to read big reports may be more limited.

Simplepage is your digital marketing team who will give you the tools and expertise to make the most of your marketing. We cut through the technical jargon, giving you advice in plain English. Our team each have a decade or more of digital marketing experience and we work with many well popular and well known names and technologies. We are an Umbraco Registered Partner and you can find us on the Umbraco website.