Social media offers some very successful digital marketing platforms for many companies, but which is better, Facebook or Twitter? Find out here...
Article by 01st January 0001 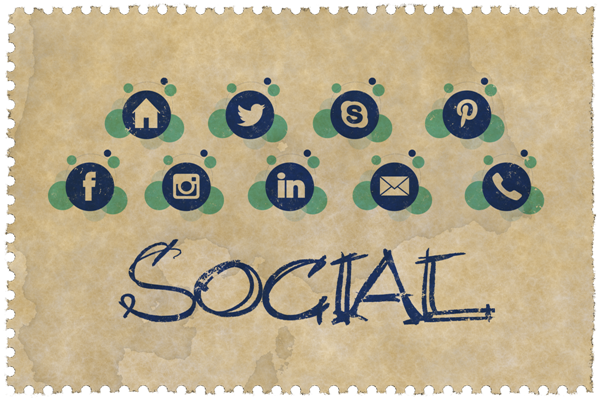 If you’re one of the many businesses not enjoying the full benefit Social Media has to offer, then you could be limiting your potential and allowing your competitors to gain a better presence.

The challenge today is the sheer number of different social media channels available and the limited time and resources most businesses have to commit to these activities. It’s obvious which platforms offer the most most effective digital marketing opportunities to target new and existing customers. If used correctly, social media might also offer effective ways to manage a range of other tasks including customer relations, PR and raising brand-awareness.

We recommend considering the benefits and pitfalls of each to your company, your activities and customer base to work out which will likely be best for your business.

Social networking has been around a while: sites like Blogger (1999), Friendster (2002) and MySpace (2003) are perhaps some of the earliest modernly-recognisable social media websites. In 2006 the rise in popularity of Facebook became the catalyst for the social media revolution which would see mainstream adoption. Today, according to Mark Zuckerberg himself(and separately confirmed both other sources including Brand Watch), Facebook boasts more than an estimated 2 billion users- that’s about a third of the world's population!!

These figures also reveal how the number of social media users grew by a staggering 176 millionin 2016  alone, with around 12 new accounts opening every second. Today, there are a vast array of social networks to choose from, each of offering it’s own unique take on the social media platform. But among these, there are two that stand out in particular - Facebook and Twitter.

Of the 2.5 billion social network users estimated to exist across the globe, Facebook currently has an estimated 2 billion users, while Twitter has around 321 million, while other platforms have more active users than Twitter : YouTube having an estimated

THE PROS AND CONS OF SOCIAL MEDIA MARKETING

While social networks can be great marketing channels, it’s worth noting they are also an effective way to reach out to millions of potential customers around the world.

Even if you eventually decide to pay for sponsored social media campaigns in order to reach even greater numbers, you have the option of testing each in turn to find out which is likely to be most effective for your business before committing to a campaign.

While Facebook and Twitter are the largest networks out there, many other social media platforms vie for your attention and some may even better lend themselves to your business and target audience. It's worth exploring and weighing up the pros and cons of each in a similar manner, and deciding what is best for you,

How does your business use social media? If you are in need of some advice or someone to help point you in the right direction, why not get in touch with us?

Simplepage is your digital marketing team who will give you the tools and expertise to make the most of your marketing. We cut through the technical jargon, giving you advice in plain English. Our team each have a decade or more of digital marketing experience and we work with many well popular and well known names and technologies. We are an Umbraco Registered Partner and you can find us on the Umbraco website.